Top Ten Tuesday is hosted by The Broke and the Bookish. This week’s topic is Top Ten Book Characters.

Believe it or not, this is a tough one for me–I mean, to narrow it down to ten, obviously.  There’s just no way.  There are the boys I love (which is how the blog began. It was a group of e-mails going back and forth between me and Vee because I’m nutters and need to not only make lists of my biggest book crushes, but to make people read them and comment as well) and then there are the girls I adore.

I’ll try to pare it down a bit:

1. Atticus Finch, To Kill A Mockingbird– I love this character beyond words.  He is everything a father and man should be, facing obstacles and bullies with integrity and doing the right thing when the wrong thing was the prevalent way of thinking. He’s the ultimate hero. 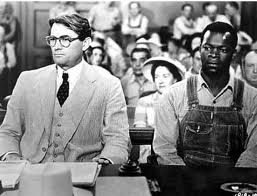 2. Michael Moscovitz (Fake Man of My Dreams), The Princess Diaries– I can’t help it.  I love this guy.  He’s the perfect blend of nerd and hot; confident without being cocky, and unafraid to love an imperfect, totally awkward girl who, in the end, could probably intimidate many people (based on her status, not her personality).  He’s not possessive or overbearing (no sneaking in to Mia’s room to watch her sleep and no removing parts of her car “for her safety”. Oh, you heard me Edward Cullen). He’s just a normal boy–except he’s pretty extraordinary. Also, as you may recall, he’s totally into quoting Star Wars. This is a good thing for me.  Also, “Mia, I’m not sorry and I’ll wait.”  Um, hello hotness.

Oh, lord, somebody stop me. I could go on for days.

3.   Adam, If I Stay and Where She Went– Let’s see, he’s in a band, he writes beautiful, painful lyrics and he loves Mia like crazy. I mean loves her. This ain’t no fleeting high school romance. It’s the real thing (I mean for people who, sadly, aren’t real, but whatever). 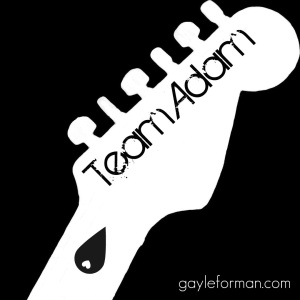 4. Frankie Landau Banks, The Disreputable History of Frankie Landau Banks– Did you think I was only going to talk about guys?  Never!  Frankie is my girl. She is how I wish I’d been in high school. She’s cute and bright, and even though she may be a little insecure and immature, she doesn’t let that get in the way of her whole plan to infiltrate the all-boys secret society at her school.  You know you love her, dog.

This is the German cover, because I love it THAT much.

5. Elizabeth Bennet, Pride and Prejudice– How could I NOT mention her?  Yes, she may be somewhat judgey, but the girl is smart and witty and she’s able to hold her head high when most wouldn’t. And, major thing here, she wanted to marry for love in a time when girls–especially those in her circumstances–just didn’t do that. Girlfriend turned down not one but TWO guys in this book. In yo face Society Rules!

6. Jane Eyre– Oh how I love this sweet girl. She was orphaned and looked upon with disdain by her whole family and yet she refused to be treated that way. Somehow, the tragedies she faced made her more lovely and gave her more depth.  And in the end, when many would have been bitter, Jane chose the road of forgiveness (more than once).   She was about girl power before girl power was what it is today. When girls really had few choices, she unabashedly pursued what she loved, believing herself to be worthy of it–not because she was a woman or despite it, but because she was a human being full of love and life and potential.

7. Mr. Rochester, Jane Eyre– What is it about this man? He’s grumpy and rough around the edges, but when you get to the heart of things, he’s lived such a painful, troubled life.  I love the relationship he has with Jane; all the teasing and banter they have. And mostly I love that although most people look at her with pity or distaste, he looks at Jane and see hope for himself.  Also, Mr. Rochester won a poll of the most romantic heroes in literature.  You have to give him credit for that.

I'm sorry that I had to put up TWO pictures of Michael Fassbender. Really, I apologize.

8. Mia Thermopolis, The Princess Diaries– Did you think I’d forget about my girl? No way! I loved watching Mia grow up throughout this series because I identified with each of her crazy, awkward insecurities.  I laughed all the way through every ordeal, every spazz over the most ridiculous of things, loved her friendships and her adorable love of Michael and felt oddly proud of her at the end of the series. Way to go POG (if you haven’t read the books, that’s Princess of Genovia).

9.  Taylor Markham/Jonah Effing Griggs, Jellicoe Road– I should have titled this  “Melina Marchetta Characters” because there are so many to love, but I think these two have the strongest hold on my heart.  Taylor is almost blindly brave and driven by this deep need to be loved by her mother, and she has a deep connection to Jonah, the boy who may love her or may hate her, but whose life was most certainly changed by her.  And Jonah, oh Jonah. Where do I even begin?  I can’t.  Just read the book.

10. Henry DeTamble, The Time Traveler’s Wife– Do you all get sick of me saying that this is may favorite book ever?  The list of books that I love is long, long, loooong, but this one will always remain at the top.

I love both of the main characters in this one, but there is something about Henry, about the way he seems tragically lost in a self-destructive way until Clare becomes his grounding force.  She’s the reason he needs to stay alive and always make it back home.  These two are so beautifully in love, perfectly imperfect and, despite the whole time traveling thing, utterly real.

There are so many more! Wes (The Truth About Forever), Hermione (The Harry Potter series), any number of Cassandra Clare characters.  And there are new favorites all the time (Lenny, The Sky is Everywhere), Karou (Daughter of Smoke and Bone), Jay (The Body Finder), Cricket and Lola (Lola and The Boy Next Door).  We could be here all day!