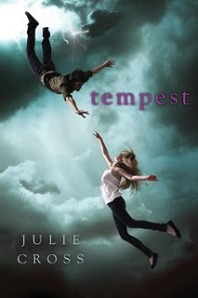 The year is 2009.  Nineteen-year-old Jackson Meyer is a normal guy… he’s in college, has a girlfriend… and he can travel back through time. But it’s not like the movies – nothing changes in the present after his jumps, there’s no space-time continuum issues or broken flux capacitors – it’s just harmless fun.
That is… until the day strangers burst in on Jackson and his girlfriend, Holly, and during a struggle with Jackson, Holly is fatally shot. In his panic, Jackson jumps back two years to 2007, but this is not like his previous time jumps. Now he’s stuck in 2007 and can’t get back to the future.
Desperate to somehow return to 2009 to save Holly but unable to return to his rightful year, Jackson settles into 2007 and learns what he can about his abilities.
But it’s not long before the people who shot Holly in 2009 come looking for Jackson in the past, and these “Enemies of Time” will stop at nothing to recruit this powerful young time-traveler.  Recruit… or kill him.
Piecing together the clues about his father, the Enemies of Time, and himself, Jackson must decide how far he’s willing to go to save Holly… and possibly the entire world. (Goodreads)

Jackson Meyer recently discovered that he has a special gift–time travel.  He and his best friend, Adam, the only person who knows his secret, have been experimenting with Jackson’s new ability.  So far it’s fun and totally harmless until some strange men burst in on Jackson while he’s with his girlfriend, Holly. Although he doesn’t recognize them, these men clearly know Jackson. A struggle ensues and Holly is fatally shot.  In the seconds after her shooting, the magnitude of what’s transpired pushes Jackson over the edge.  He inadvertently travels two years back in time, back to a time when he didn’t know Adam or Holly.  He can’t get back to his current timeline, so he seeks out Holly, hoping to rescue her from her future.

This story grabbed me instantly.  I’m a sucker for anything relating to time travel.

You guys, they filmed this portion at the mall near my house. That factoid added a huge dose of cool to my childhood. 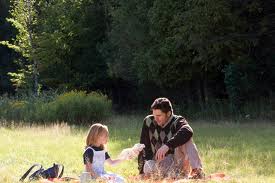 Oh The Time Traveler's Wife. Le sigh for that book. And for Eric Bana.

And this, definitely this:

The Prisoner of Azkaban! The time turner!

I also love books written from the male perspective and that’s exactly what we get here. Tempest is told completely from Jackson’s POV.  This is his story, complete with his fears, his confusion and with his deep desire to save Holly.  But oh, first he has to meet her and sweep her off her feet again. I’m not gonna lie. I was totally into that aspect of the story.

I adore Jackson. He certainly isn’t perfect, but he’s raw and he’s brave and believably romantic. He’s not writing poetry or brooding in a corner somewhere, but he’s willing to go to such lengths to rescue the girl he loves. Even more, it’s this experience that makes him realize how much he cares for her and that makes him appreciate the differences between the Holly in his future and the one he has now.

As far as the supporting characters, there are layers of story here.  At times it can be a bit confusing, but Cross does a great job at labeling each chapter with the date and time, which helps matters a bit.  There is a lot of story here and it isn’t totally clear who Jackson should trust.  Even now I’m still not entirely sure (and I don’t think Jackson is either)!

For me, the last third of the book got a little convoluted because there were so many jumps between times and many possibilities as to where the story could go. I could have done with less of that, but overall, I liked the idea, I liked the main character and I really enjoyed his voice.  Ultimately, Cross pulled the story to a close (for now) nicely and I’m interested to see what happens next.

Tempest has been optioned for a film.  Cross mentioned her dream cast here.  I have a slightly different idea: 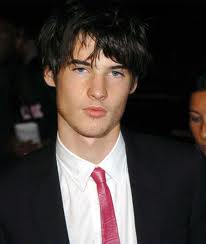 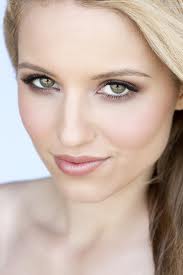 Soundtrack:  I, personally, don’t have anything for you here (I need some new music!  I’ll take suggestions).  The author has a pretty epic playlist on her website though. I’m talking one song for every chapter! You can find it here.

Tempest is in stores now.  The sequel comes out some time in 2013.