TGIF is hosted by Ginger at GReads. 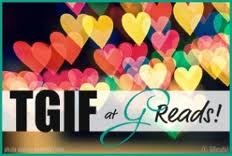 This week we get to pick any past TGIF topic we want. I LOVE THIS IDEA!!! Mostly because I am very easily excited about the smallest things, but partly because I’ve only been participating in TGIF for a little while.  I feel as if I’ve missed out on some fun discussions.

So..drumroll because I’m sure you’re DYING to know my choice right? Ahem.

I want to discuss series finales, ones I loved, ones I, um, didn’t feel quite so happy about.  I mean, the end of a series is a HUGE DEAL. I get very psyched/stressed about the whole thing.  How I remember a series hinges on that last book.  And usually, if I really, really love a series, I have a hard time admitting that I didn’t LOVE the the last book. My loyalty always wins out. Also, I’m a glass is half full kind of girl, so I’ll always look for the positive–but some endings are better than others.

For example, I loved, beyond words, Forever Princess, the final book in The Princess Diaries series.  Here we got to see Mia graduate high school, we got to find out where she’s going to college, to  see what happens with the Genovian elections and we got to see JP (that stupid Corn Hater) go down. Even better, we found out that Michael knew all along that Mia was smelling his neck as a way of calming down.  Oh, and he’s pretty much perfection, as we all knew he’d grow up to be. Hello, it was obvious to some of us thankyouverymuch. 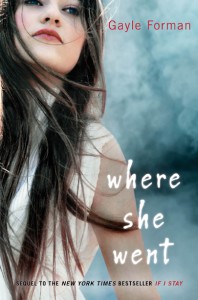 And then there’s Where She Went by Gayle Forman.  Oh, you guys, I was so afraid to read the sequel to a book as beautiful and moving as If I Stay.  I can’t believe it, but I actually love WSW even more.  It’s all because of Adam, his pain, his deterioration, and about the opportunity to catch up with Mia, to see how she’s doing all these years later. I needed to know that she was alright. And I needed to see Adam get the healing and the love he so desperately deserved. 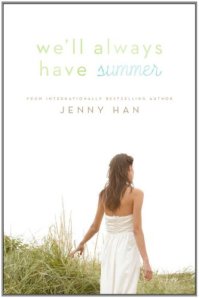 Oh, and then there’s We’ll Always Have Summer by Jenny Han. Holy wow, I love this series. Conrad has been such a d-bag at times, so it was wonderful to see him as a grown up.  It was great to actually have the opportunity to be annoyed with Belly for some of her stupid mistakes (all while totally relating to her and to her love for Suzanne and her boys).  I was so happy to see the young woman Belly grew into and to finally see her end up with the Fisher boy she was always meant to be with–but only after she’d found her way as an individual.

Then there were the let downs. Be warned. The spoilers here are aplenty as, I feel I must rant. 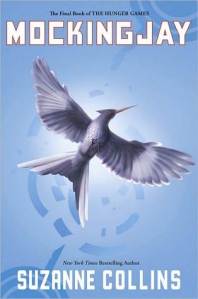 I had such mixed feelings about Mockingjay. For the most part, I liked it. I loved that life in District 13 wasn’t the perfect Utopia we were all hoping for.  I loved getting more Gale and more Finnick (Finnick! Don’t make me cry).  And even though I felt bad for him, I was totally into the whole Crazy Peeta storyline.

I was very unhappy with Gale’s story (yes, I’m biased as I’m totally Team Gale).  He just sort of petered out at the end. He never visited Katniss in the hospital and then he just skulked off to District 2 never to be heard from again. After all they’d been through? Really? I know he felt guilty, but that wasn’t believable to me. And I really wanted Katniss to do two things: 1)To tear Prez Snow’s head off and pee down his throat and 2) To make a definitive choice between Gale and Peeta. Neither thing happened. She wimped out with Snow (and then made some weird comment later about continuing the Hunger Games in Prim’s memory. I’m sorry but, WTF?) and she ends up with Peeta, (who I believe was the right choice for her)—but it was more like they ended up together because no one else was around since Gale was busy spreading his awesome around District 2.

So did I have some issues with the book? Hell to the yes. But somehow I still liked it.

Breaking Dawn and I had some rough moments too, but we made it through every freaking page (there were a lot of them). I was very happy that Stephenie Meyers did some things I felt I needed: she gave me closure with every character I cared about.  She gave me the wedding and honeymoon I really wanted to see. But holy freaking sparkly vampires, did I need an entire third of the book narrated by Jacob?  And did I need that whole Rosemary’s baby thing? I’ll answer that. No.  She lost me a bit there.  Overall, I was happy with how the series ended, but that middle portion bored me.  Also, I hate Jacob. The less I get of him the better.

What about you? Any series endings that you loved or hated?