This Is Not A Test by Courtney Summers 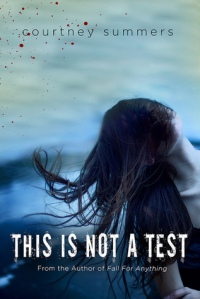 It’s the end of the world. Six students have taken cover in Cortege High but shelter is little comfort when the dead outside won’t stop pounding on the doors. One bite is all it takes to kill a person and bring them back as a monstrous version of their former self. To Sloane Price, that doesn’t sound so bad. Six months ago, her world collapsed and since then, she’s failed to find a reason to keep going. Now seems like the perfect time to give up. As Sloane eagerly waits for the barricades to fall, she’s forced to witness the apocalypse through the eyes of five people who actually want to live. But as the days crawl by, the motivations for survival change in startling ways and soon the group’s fate is determined less and less by what’s happening outside and more and more by the unpredictable and violent bids for life—and death—inside. When everything is gone, what do you hold on to?

What can I say about this book that would do it justice? 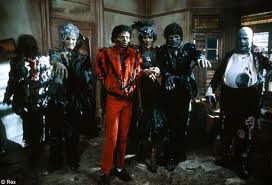 2. One Seriously Effed Up Main Character -Sloane is a deeply depressed, pained heroine. Even before the zombie eruption (which happens about 2.5 seconds into the book), I ached for her.  Sloane’s life is hell. I wanted to see her…what? Dead? Safe? Happy?  I just wanted to see her in a place where she was no longer in pain and that was certainly hard to envision in the zombie-filled mess she was surrounded by.  Sloane is the person who kept me turning the pages though, because I cared what happened to her.

3. Characters Who Aren’t Automatically The Bestest of Friends- What can I say? Some I liked, some I hated.  Some creeped me out.

4. Good, Clean Writing- I like flowery books, I really do, but a story like this needs to be raw and stripped down to the essentials.  With this style of writing Summers made such an impact. There are numerous flashbacks supported by the meandering thoughts of a girl who desperately wants her tortured life to end.

5. Tension-There are many parts where not a lot is happening, but the characters are “safely” situated in a room quietly trying to sleep or eat and they can hear scraping on the doors, a constant reminder of what awaits them outside. And what longs to be inside.

6. The Past- For Sloane, in many ways her past—life with a violent, physically abusive father—was worse than her present.  She longs to be with the older sister who long abandoned her when the beatings got to be too much, and she remembers the monster that lurked beside her before zombies were ever a possibility.

This book was dark. It was harsh at times. And yet, I really couldn’t put it down.  There’s no ray of sunshine, no lovely, happy times, no swoony love story, but it’s still very well done.  It ends a bit abruptly, and no, you never find out what causes the Zombiepocalypse, and yet it totally worked for me (this is not the norm. I usually want answers now!). As the MC, Sloane is such a force, so completely terrified to live with her pain, so angry at her father and sister and yet longing for a family. She doesn’t fit any mold and really, I don’t think her story does either.

Crush Intensity: 4/5 This is my first Courtney Summers book and I thought it was fantastic.

Just for Fun: Check out Courtney’s  article about How to Survive A Zombie Apocalypse, because hey, you just never know.

I’d like to extend a big thank you to St. Martin’s Press for sending me a review copy of this book!

5 thoughts on “This Is Not A Test”