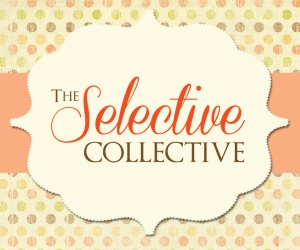 Welcome to The Selective Collective. Together with our friends at The Book Addict’s Guide, Gone Pecan, The Grown Up YA and Teen Lit Rocks, we’ll be exploring a new release in its entirety, from review to author spotlight, to a roundtable chat, among other fun things.

This week we’re discussing Being Sloane Jacobs by Lauren Morrill. You may remember that we had the opportunity to read (in fall in love with) Lauren’s debut novel, Meant to Be, last year. This month I have the pleasure of writing the review her her latest book. 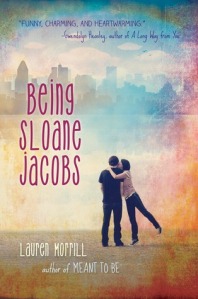 Meet Sloane Emily Jacobs: a seriously stressed-out figure-skater from Washington, D.C., who choked during junior nationals and isn’t sure she’s ready for a comeback. What she does know is that she’d give anything to escape the mass of misery that is her life.

Now meet Sloane Devon Jacobs, a spunky ice hockey player from Philly who’s been suspended from her team for too many aggressive hip checks. Her punishment? Hockey camp, now, when she’s playing the worst she’s ever played. If she messes up? Her life will be over.

When the two Sloanes meet by chance in Montreal and decide to trade places for the summer, each girl thinks she’s the lucky one: no strangers to judge or laugh at Sloane Emily, no scouts expecting Sloane Devon to be a hero. But it didn’t occur to Sloane E. that while avoiding sequins and axels she might meet a hockey hottie—and Sloane D. never expected to run into a familiar (and very good-looking) face from home. It’s not long before the Sloanes discover that convincing people you’re someone else might be more difficult than being yourself. (Goodreads)

We have two main characters, Sloane Emily, the ice skater from a privileged political family, and Sloane Devon, the hockey player from Philly who has some slight anger management issues. Both girls are dealing with family turmoil, both girls are under immense pressure that’s causing them to crack and leading them to struggle with the sports they love to compete at.  And both girls, as luck would have it, end up in Montreal for the summer.

Sloane Emily is in town to attend a prestigious figure-skating camp. Her family has sent her there to help her recover from a major choke at junior nationals. In some ways it’s also an escape from her dad and an awful truth Sloane Emily just happened to stumble upon. Sloane Devon has been suspended by her hockey coach for one too many fights. He manages to get her into a hockey camp for the summer where she has to prove herself and earn a second chance. She hates being away from home, being away from her team, but life has been too difficult to bear since her mom checked into rehab for her heavy drinking, leaving Sloane and her dad alone.

After a  mix up at their hotel, the girls meet and formulate a plan to switch places for the summer, each one thinking the other has a far easier life.  Through the identity-swapping experience they make some friends (and enemies), flirt with a couple of cute boys, and each attempt to take on a new sport. And they learn that the grass isn’t always greener, life isn’t always easier, on the other side.

This was a cute, fun book. I like Morrill’s style, which is funny and heartwarming without being too heavy on the romance or the serious stuff. She captures the struggles and the beauty of being young and free in a foreign city with new friends, crushes and challenges. I  loved the alternating perspectives of each girl. Each Sloane has a unique voice and I felt Morrill did an excellent job of making each girl stand out individually. They were both strong-willed and likeable, brave in a way I don’t think I could ever be. And Morrill  did a great job of showing that they struggled to pick up their new sport, rather than having them swoop in to victory immediately. I do wish they’d had a more common name, if only to make their chance encounter seem more plausible, but it was very easy to get past that.  I would have loved to have seen a little more of the family dynamic (maybe in flashbacks) without getting too heavy. The problems the girls were struggling with were interesting to  me and they weighed so heavily on each Sloane. I think more detail would have only made that element more powerful.

Crush Intensity: 3.75/5 All in all, I thought this was an easy, enjoyable read.

Thanks for stopping by this week! Be sure to check out my blogging partners as they further explore Being Sloane Jacobs:

The Grown Up YA-Author Interview & Giveaway

Sincere thanks to Random House for sending each member of The Selective Collective review copies of Being Sloane Jacobs.

4 thoughts on “The Selective Collective: Being Sloane Jacobs”