Top Ten Tuesday is hosted by The Broke and The Bookish.

Hello There! I hope you’re having a great summer so far. Mine has been busy…but I’m never too busy to list my favorite classic novels (the subject of this week’s TTT, though, you know, I’d be happy to list them for you anyway as long as you ask nicely).

Let’s get to it! I’m not entirely sure what constitutes a classic. Surely Harry Potter and The Princess Diaries will be considered classics at some point, but for today I’m focusing on old books. Like, really old. Or at least oldish.

1. To Kill A Mockingbird by Harper Lee– Two words: Atticus Finch. Only the greatest literary hero every written. Boom. I said it.

Guys, I love this book so much I named my dog Boo Radley.

“Real courage is when you know you’re licked before you begin, but you begin anyway and see it through no matter what.”

2. Jane Eyre by Charlotte Bronte– Only the most kick-ass feminist in a non in-your-face way. She got to be independent AND fall in love, and this girl was not ashamed of who she was.

“Do you think, because I am poor, obscure, plain, and little, I am soulless and heartless? You think wrong! — I have as much soul as you — and full as much heart! And if God had gifted me with some beauty and much wealth, I should have made it as hard for you to leave me, as it is now for me to leave you. I am not talking to you now through the medium of custom, conventionalities, nor even of mortal flesh: it is my spirit that addresses your spirit; just as if both had passed through the grave, and we stood at God’s feet, equal — as we are!” 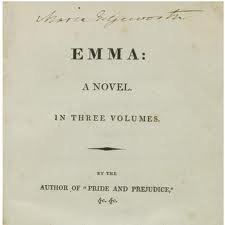 3. Emma by Jane Austen– So cute, so charming. I love this story. It’s the JA version of When Harry Met Sally. Sort of.

“If I loved you less, I might be able to talk about it more.”

4. Pride and Prejudice by Jane Austen– The world loves this book…with good reason. I like Mr. Darcy, as all women do, but I love Elizabeth Bennett, sassy, and opinionated, a girl who refuses to marry for money or be treated like she deserves scorn for being poor. You go Lizzie!

“I cannot fix on the hour, or the spot, or the look or the words, which laid the foundation. It is too long ago. I was in the middle before I knew that I had begun.”

5. Persuasion by Jane Austen– THE LETTER AT THE END OF THE BOOK. OMG. Captain Wentworth, I love you.

“You pierce my soul. I am half agony, half hope. Tell me not that I am too late, that such precious feelings are gone for ever. I offer myself to you again with a heart even more your own than when you almost broke it, eight years and a half ago. Dare not say that man forgets sooner than woman, that his love has an earlier death. I have loved none but you.” 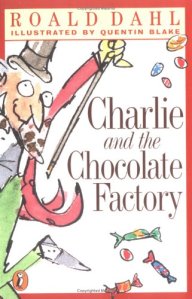 6. Charlie & The Chocolate Factory by Roald Dahl– The ultimate childhood fantasy. I’ve read it too many times to count.

“However small the chance might be of striking lucky, the chance was there.” 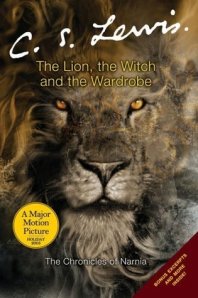 7.  The Chronicles of Narnia by CS Lewis- I favor The Voyage of the Dawn Treader, but The Lion, Witch and the Wardrobe is about as magical and perfect as any book can be.

“All shall be done, but it may be harder than you think.”

8. The Age of Innocence by Edith Wharton– I hated so many of the characters, but what a picture of society and what it was like to live to clamor to reach another rung on the ladder, or to be one the gossips live to discuss and look down their nose at.

“Everything may be labelled- but everybody is not.” 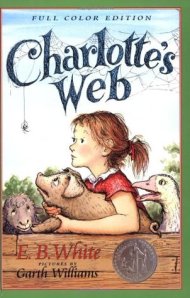 9. Charlotte’s Web by E.B. White– Maybe I’m sentimental because I’ve read it with both my kids, but I think this book is a wonderful image of friendship and of loving people who are different from us.

“It is not often that someone comes along who is a true friend and a good writer.” 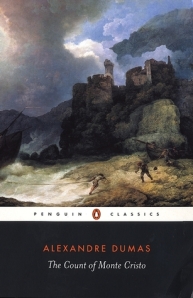 10. The Count of Monte Cristo by Alexandre Dumas– A tale of revenge that is painstakingly plotted and beautifully executed.

“How did I escape? With difficulty. How did I plan this moment? With pleasure. ”

11. The Great Gatsby by F. Scott Fitzgerald– While I’ll never get what Daisy saw in Gatsby or the other way around, this is a lush book, a snapshot of an interesting time in our history. It’s a classic for a reason.

“The loneliest moment in someone’s life is when they are watching their whole world fall apart, and all they can do is stare blankly.”

That’s all for now (though I’m sure I’m forgetting many more). Happy Tuesday!