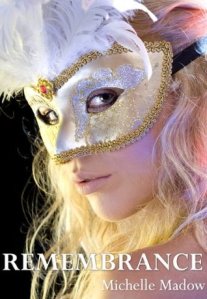 Lizzie Davenport has been reincarnated from 1815, England … but she doesn’t realize it until she meets her soul mate from the past and he triggers her memories to gradually return.

When Drew Carmichael transfers into Lizzie’s high school, she feels a connection to him, like she knows him. But he wants nothing to do with her. Reaching Drew is more difficult because she has a boyfriend, Jeremy, who has become full of himself after being elected co-captain of the varsity soccer team, and her flirtatious best friend Chelsea starts dating Drew soon after his arrival. So why can’t she get him out of her mind?

Lizzie knows she should let go of her fascination with Drew, but fighting fate isn’t easy, and she’s determined to unravel the mysteries of the past. (Goodreads)

When new student Drew waltzes into class on the first day of school, Lizzie is inexplicably drawn to him. There’s an immediate connection, one mirrored in Drew’s expression, but Lizzie is forced to push her feelings aside when her best friend, Chelsea, begins crushing on Drew, too. And, oops, Lizzie has a serious boyfriend, Jeremy.

Drew is hard to read. He runs hot and cold, some days barely acknowledging Lizzie, and others acting as though he knows her better than anyone. Lizzie is confused by Drew, but is constantly battling a strange pull to him, despite Chelsea and Jeremy. When Lizzie begins to have odd flashes of another life—one where she and Drew are a couple in the eighteenth century—she starts to connect the dots. With Drew’s help she becomes convinced that those images are real and they begin to piece their fractured memories together. They have no idea how to reconcile their current lives—including those who could get hurt by the truth— to the lives they remember. Worse, it’s evident that Drew knows more than he’s letting on. There’s something dark in their past and he’s desperately afraid that history will repeat itself.

I have a thing for love stories that involve reincarnation and/or time travel. There’s something about righting wrongs, and catching those missed opportunities. And the very idea of a love that transcends time, that spans decades—centuries even—is breathtaking. It draws me in every single time.

Remembrance has so much potential. There is mystery. There is love. And of course, betrayal. There’s even that oft-overused but undeniably intriguing enigmatic new boy (who is always, always hot. Un-hot new boys are clearly never allowed to transfer into schools). I was sucked in right away because in addition to all of this you have the capper: Drew and Elizabeth’s love is definitely forbidden. She has a boyfriend whom she’s been dating for three years. And Drew is now dating her very best friend. Do not enter, Lizzie!

I had a few issues, though. First off, Jeremy, Lizzie’s boyfriend, is a douche of immense proportions. I hated him from his first moments on the page and the longer Lizzie stayed with him the less respect I had for her. He was controlling, selfish, and downright mean. I’m not saying that Lizzie had to dump Jeremy to be with Drew, I’m saying, “why, oh why Jeremy of all guys? Why at any point would she like him?” Maybe he was a better guy earlier in their relationship (something she alludes to often, saying he’s changed) but ugh, there was nothing likable about him. That’s the kind of thing that make a book hard to buy. It was difficult to believe he had any depth but instead was only there to serve as part of a love triangle I never felt invested in (because, hello, Nice guy or Jerk? Hmmm).

I liked Drew and I liked the mystery surrounding his history with Lizzie. He knew what was happening long before she did and that was great, so full of tension, and questions, and longing on Lizzie’s side. But when the two finally got it all out there and the truth is revealed, the story lost something for me. They went straight to the “I love you”s and “always and forever”, which didn’t ring true to me. I wish some of the intrigue had remained and that there had been more conflict between what they remembered from the past and who they were at this present time. It’s obvious they have this incredible connection, but I would have liked to have seen a struggle between that and the fact that they are virtually strangers in their new lives.

My last gripe is tiny: There were SO many Pride and Prejudice references. I mean, a lot! And I love that book, but at first I kept wondering if this was going to be one of those books where someone goes back into Pride and Prejudice or does something to affect the outcome of it or something like that—that’s how often she mentions the book and its characters. And it really, to my knowledge, has nothing to do with the plot (other than the fact that she’s reading it for school).

That being said, I actually still enjoyed this book. Sure, I felt a little let down because I had hoped it would go differently, but I was hooked. I read it in a day and I would definitely consider reading more of Madow’s work.

Michelle Madow says that the inspiration for Remembrance was Taylor Swift’s Love Story video (which I ADORE). I’m pretty sure that the guy in this should be in every video every made because, wow.

Here it is. Enjoy:

Thank you to Barclay Publicity for providing me with an egalley in exchange for and honest review.