Shopaholic to the Stars (Shopaholic #7) by Sophie Kinsella 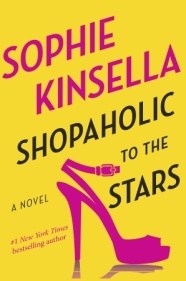 Becky Brandon (née Bloomwood) has stars in her eyes. She and her daughter, Minnie, have joined husband Luke in LA — city of herbal smoothies, multimillion-dollar yoga retreats, and the lure of celebrity. Luke is there to help manage the career of famous actress Sage Seymour — and Becky is convinced she is destined to be Sage’s personal stylist, and go from there to every A-list celebrity in Hollywood! But things become complicated when Becky joins the team of Sag’’s arch-rival. How will charming and supportive Luke deal with this conflict? Is it possible that what Becky wants most will end up hurting those she loves most?(Goodreads)

Becky, Luke, and Minnie move to LA when Luke’s PR firm snags an opportunity to manage the career of rising star Sage Seymour. Becky, as usual, wields Lucy Ricardo-like ambition, envisioning herself hobnobbing with stars, soaking up the glittering Hollywood lifestyle. She’s gotten Minnie into THE premiere preschool, is on her way to becoming friends with the other moms there, and aspires to be a personal stylist to Luke’s #1 new client, Sage. 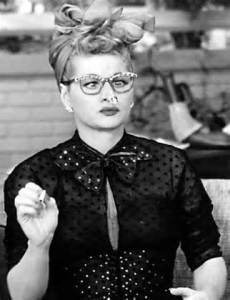 As is true in all Shopaholic novels, things never go as Becky plans. She fumbles and fibs and spends way too much money, but ultimately she lands an opportunity to be a personal stylist—to Sage’s rival. To make matters worse, the most popular mom at the preschool, the one everyone positively worships, is her former nemesis (Alicia Bitch Longlegs ring a bell?). Nothing in LA is quite as fabulous as it was supposed to be.

I love the Shopaholic series. Luke Brandon, with his gorgeous suits, his dreamy eyes, his sexy accent, and those button ripping abilities (Shopaholic Takes Manhattan) AND the fact that he loves a total whackadoodle like Becky? I’m in. 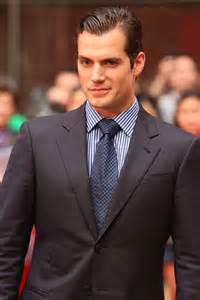 This is how I picture Luke. You’re welcome.

Becky is usually adorable, kooky and fun, but at her heart, very sweet. She’s the girl who says and does the things we think but never act out. 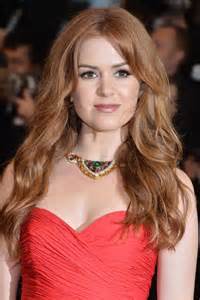 I thought Isla Fisher was perfectly cast in the Shopaholic movie.

But, as much as it pains me to say this, these books need to stop. The last one, Mini Shopaholic was ridiculous, but I held on because I am a fan of this series. So, I was still really excited to read the latest installment. At this point though, Becky has become trying. Her antics have gone from endearing to annoying. She’s no longer cute and fun; she’s ridiculous and unbelievable. Worse, she’s completely selfish and inconsiderate. And that really sucks because, considering the number of times I’ve read these books, I feel like I’m bad mouthing an old friend.

There were also things that felt so forced. I mean, Suze and Tarkie move to LA for a month-long holiday. Okay. But then Alicia Bitch Longlegs is there, too? Really? And she just happens to be Queen Bee at Minnie’s preschool? Is there no other city in the entire universe?

As much as I love Becky and Luke it’s disappointing to see that Becky has grown very little. It feels as if Kinsella—whose books I am a huge fan of—is dragging the story out when there’s really no more to tell. At the end of this book, when it became clear that another sequel would follow (Las Vegas, everyone!), I actually groaned. And I feel bad saying that, but it’s true.

Crush Intensity: 2.0/5 I tried really hard. I finished the entire book. But I hated it. That 2.0 is generous, based only on past love.